"A tense, gripping rollercoaster from a rising star."

Pick a card. Any card. This killer wants the whole deck.

When the body of a teenage girl, dressed in a magician’s outfit, is discovered on a beach in North Tyneside, DCI Cooper fears she is dealing with a different breed of killer. Some murderers leave a calling card, but this girl’s killer stitched his card into her flesh.

Cooper quickly gets to work and identifies the victim as missing fifteen-year-old, Rachel Pearson. As the investigation progresses, Cooper soon discovers that Rachel’s father has a short fuse and that her boyfriend, Will, has a possessive streak. Before she can track down Will, another girl is murdered.

With a serial killer stalking the teenagers of Tynemouth, Cooper’s boss and the press are demanding results. As Cooper’s self-confidence dwindles she works to find the connection. The eyes of the country are on Tynemouth and her investigation. Can Cooper put her personal issues behind her and stop the man tormenting her hometown before another mother loses her child and she loses her job? 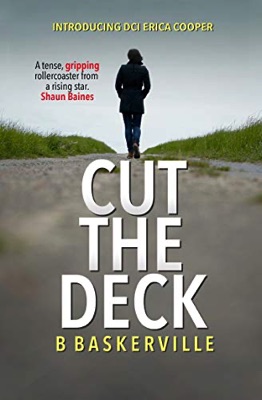